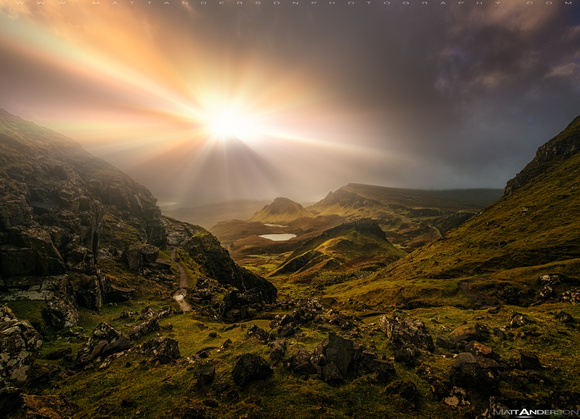 Taken in dramatic December weather, the stormy ephemeral light opens and beams of short lived godrays radiate down over the spiked land formation called The Cleat, Loch Cleat, and Loch Leum na Luirginn below. The highest ridge to the right is called Dun Dubh, and the interesting craggy dinosaur back - shark fin formation on the lower right is called Cnoc a Mheirlich.
©2017 Matt Anderson Photography. All rights reserved. Email me at [email protected]
User Agreement
Cancel
Continue