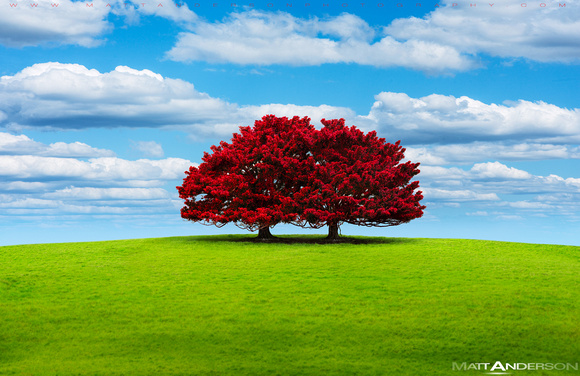 Two banyan trees intertwined into one. Set on a tropical lush hillside on the winding road of Kohala Mountain Road, Big Island of Hawaii.

A banyan, also spelled "banian" is a fig that begins its life as an epiphyte, i.e. a plant that grows on another plant, when its seed germinates in a crack or crevice of a host tree or human edifice. "Banyan" often specifically denominates Ficus benghalensis (the "Indian banyan"), which is the national tree of the Republic of India, taxonomy Urostigma. Older banyan trees are characterized by aerial prop roots that mature into thick, woody trunks, which can become indistinguishable from the primary trunk with age. Old trees can spread laterally by using these prop roots to grow over a wide area. In some species, the prop roots develop over a considerable area that resembles a grove of trees, with every trunk connected directly or indirectly to the primary trunk. The topology of this massive root system inspired the name of the hierarchical computer network operating system "Banyan VINES".In a banyan that envelops its host tree, the mesh of roots growing around the latter eventually applies considerable pressure to and commonly kills it. Such an enveloped, dead tree eventually decomposes, so that the banyan becomes a "columnar tree" with a hollow, central core. In jungles, such hollows are very desirable shelters to many animals.
©2017 Matt Anderson Photography. Email me [email protected] for usage.
User Agreement
Cancel
Continue